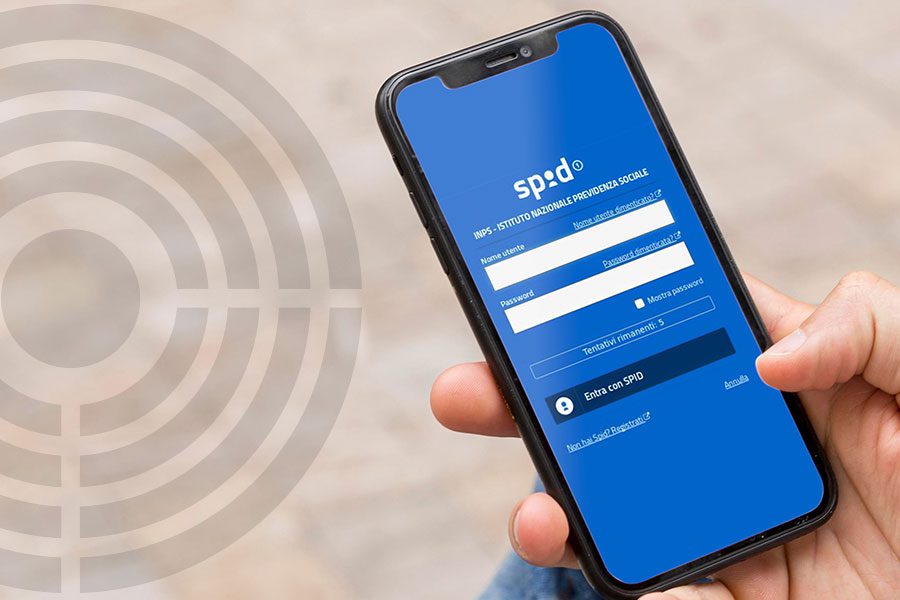 (MILAN / SENIGALLIA) – December 2, 2021 – In 2021 Italy made huge progress in adoption of digital identity according to research just published by Digital Identity Observatory at the School of Management of Milan Polytechnic University. Detailed research results based on in-depth empirical research and analyses were presented in a conference November 19, 2021 and are highlighted in this article.

Namirial is supporting the work of the interdisciplinary think tank of professors, researchers and analysts in which key matters of digital innovation are being addressed. The independent research project on Digital Identity was set up to broaden the understanding of the potential of digital identity and authentication systems. Namirial experts are contributing their expertise into this research project since its inception in early 2020.Namirial Managing Director International Markets Antonio Taurisano is sharing his global experience in digital identity thanks to Namirial’s engagement in digital trust services on pan-European level and beyond.

The following statistics have been presented by Digital Identity Observatory at a conference in Milan Polytechnic University November 19, 2021:

The Public Digital Identity System SPID is by far the fastest growing scheme for digital identities in Italy with more users than the system for electronic identification based on Italy’s national ID card (Carta d’Identità elettronica, CIE).

Use Cases of Italian Public Digital Identity System
In 2021, digital identities of the Public Digital Identity System were mainly used to obtain benefits on federal and state level for which identity verification is mandatory. These include, for example, applying for child benefit, family allowance, allowances for training and studies, benefits in the area of housing subsidies or enrolments for school and refectory.

In most cases, a declaration of economic situation is required in addition to the actual application in order to apply for social and health care benefits or tariff concessions. The so-called “Uniform Income and Wealth Declaration” can be submitted online using digital identity.

Roughly one out of two adults own a digital identity in SPID, 52% of Italians, with different circulation percentages depending on the age group and area of ​​residence.

The Public Digital Identity System is not only used by citizens, but also by public or private service providers with excellent growth opportunities that could materialize in 2022. 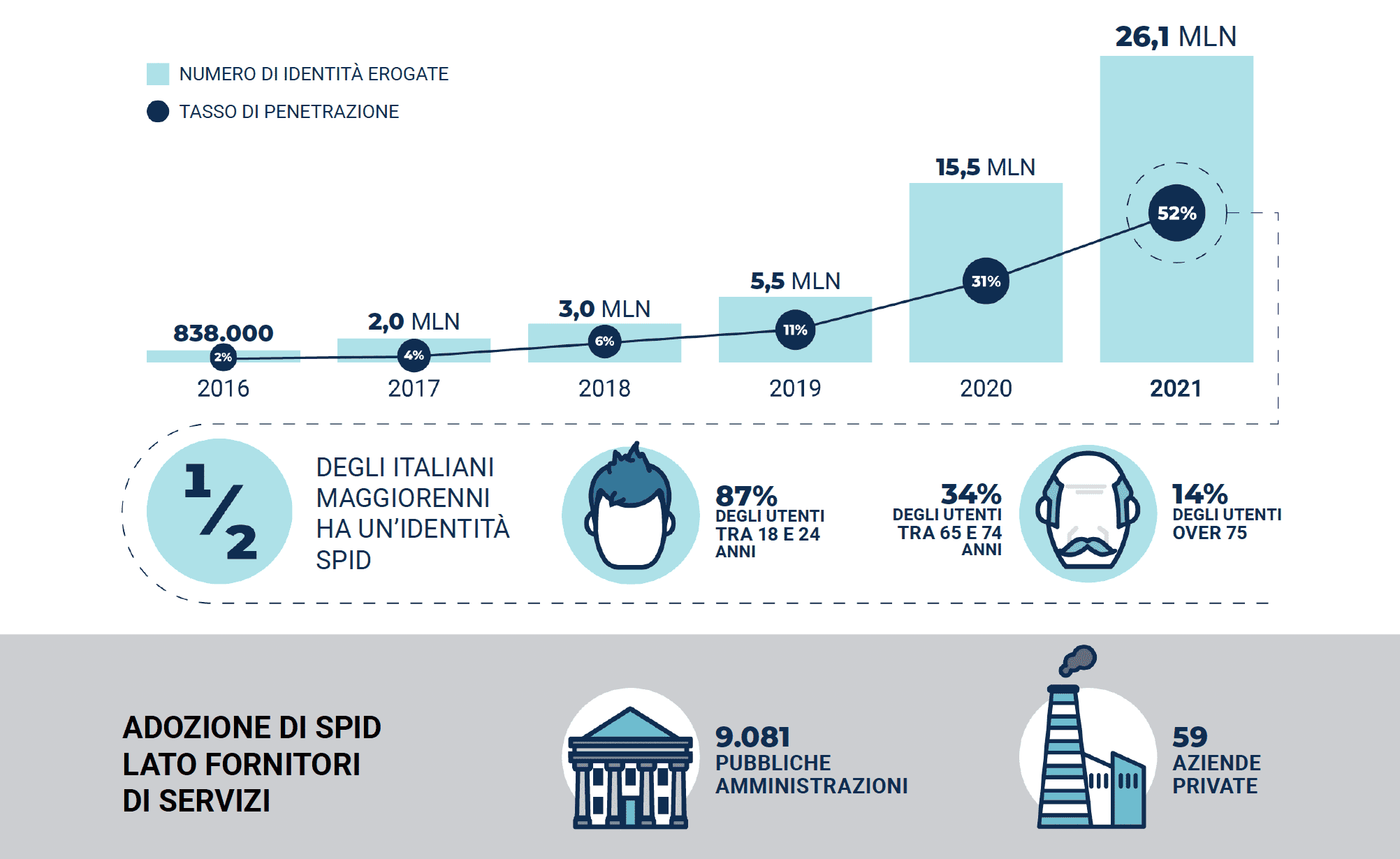 Challenges to intensify the use of digital identities

In 2022 and beyond, the main challenges to make the use of digital identities in Italy ideally a daily use application are the following ines:

Namirial is accredited by Agency for Digital Italy (AgID) as one of nine identity providers for this electronic identity system, issuing and managing “Namirial IDs” – digital identities of natural and legal persons. Digital identities are being issued and corresponding credentials provided after successful verification of personal data.

Within 2021 Namirial started together with some of its customers initiatives to propel the adoption of digital identities:

Since July 2021 more than one million FinecoBank account holders are enabled to apply for a free Namirial ID under the SPID scheme on the Fineco website.Fineco is an Italian bank that specializes in online brokerage.

Customers of Coop Italy, the country’s largest supermarket chain, are enabled to apply for digital identity in a free physical face-to-face identification at Coop Italia stores. The service aimed to increase the number of digital identity users among those reluctant of going through a remote onboarding process.The service introduced in summer 2021 has been proven popular with less digital savvy citizens and is an important contribution to minimize the digital divide in Italian society.

Meanwhile, Namirial is the only identity provider to offer free face-to-face identification, after Poste Italiane started charging a fee of 12 euros per identification at its post offices in November 2021.

Next use case for digital identity will be activated soon

The latest addition among use cases for digital identity under SPID for Italian citizens is expected to be available a few days prior to year end 2021: Italian citizens might apply for disbursement of a car inspection bonus. The so-called safe vehicle bonus is granted to owners of motor vehicles who submit their vehicle to inspection operations at authorized workshops and centers.